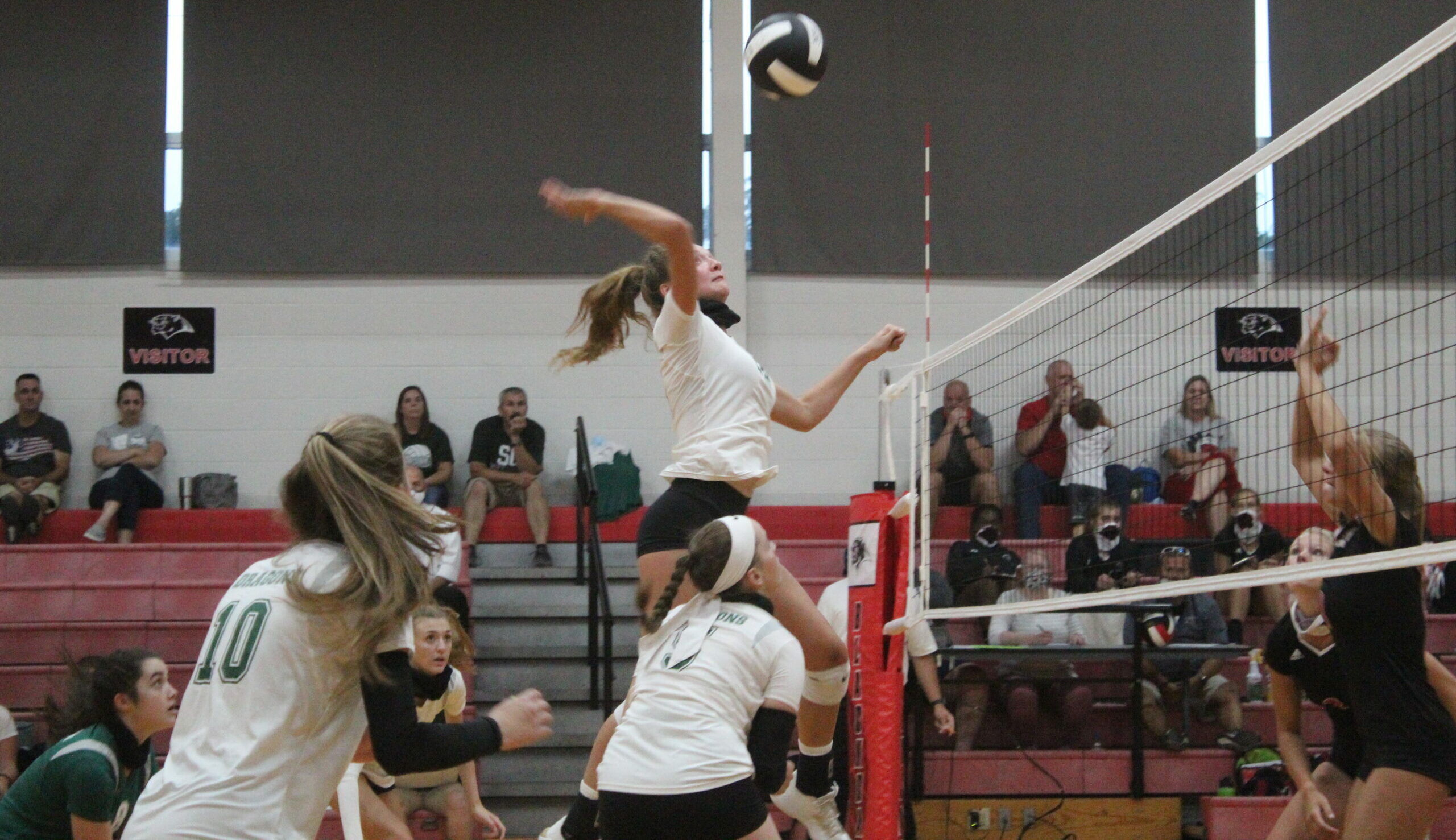 The Dragons faced off against Valle Catholic in a non-conference matchup, which turned out to be a three-set thriller.

The Ste. Genevieve Dragons were coming off a successful weekend after playing in the Jackson Tournament where they went 3-2 over a long day of play. After a day off, the Dragons faced off against Valle Catholic in a non-conference matchup.

The match turned out to be a three-set thriller in which the lowest score totaled was 19 and every set came down to the wire. Senior Brittney Kreitler knew this would be a difficult opponent saying, “Valle is a great team and going into the game we knew the score would be tight most of the night”.

The Dragons would take the first set by a score of 25-19 in what would be the biggest gap in scoring of the evening. Valle fought back hard, and while Ste. Gen barely budged, they still fell 25-23. The last set would see the Dragon girls barely prevail in a set that was fought tooth and nail. The final set score ended in a 25-22 Ste. Gen victory.

Timely contributions were needed from almost every Dragon to secure this victory. Tessa Grass came through with eight kills and three solo blocks, Maci Reynolds led the team with three aces and Maya Watts had one kill and two assists for the match.

Dru Koetting and Abby Moore each had seven kills to their name, while Marysa Flieg was a contributor in multiple categories with eight kills, one ace and two blocks. Senior leader Kreitler continued to set up her teammates like few setters can, amassing 30 assists to go along with two aces and one kill.

Kreitler noticed how well her team gelled saying, “against Valle we were all up and our energy was so good! Everyone was doing their part as the communication, hustle and heart were all there… All together we played so well and it was such a fun game”.

Next up for the Dragons is a non-conference away game against Fredricktown on Tuesday.