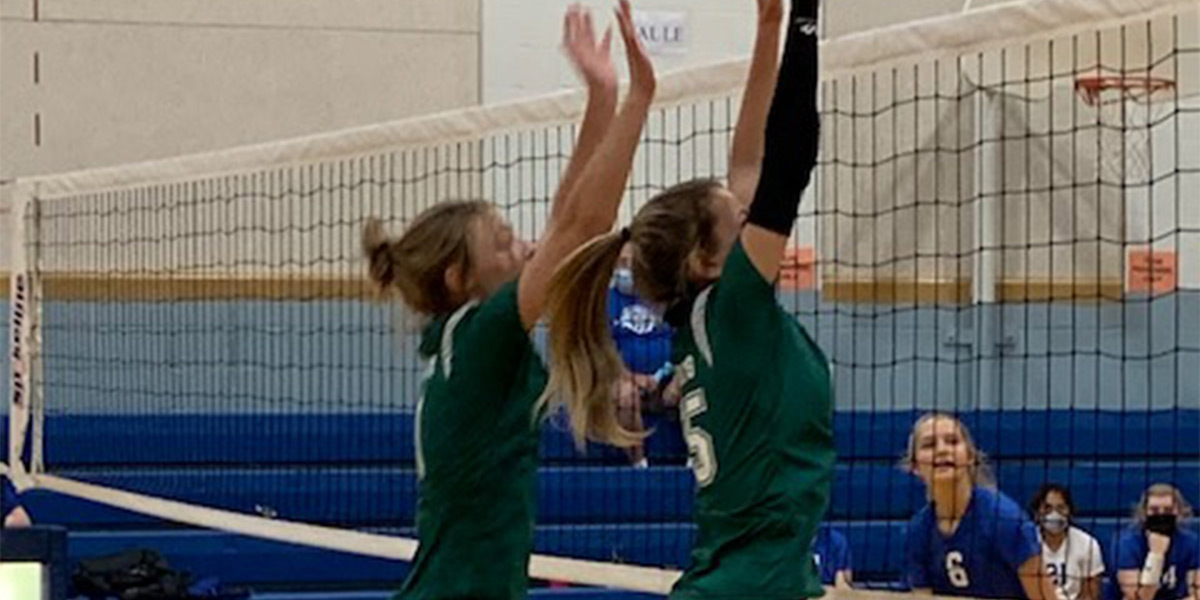 The Ste. Genevieve Dragons JV team (10-2) took to the road to face rivals Valle Catholic following their big win Thursday night against Potosi high school. The Dragons couldn’t duplicate their success though, falling to the Warriors 2-0.

The Dragons were looking to continue their good run of success from last Thursday when they took down Potosi in a 2-1 thriller. The Dragons had Valle Catholic in their sights for their Monday night game, a road matchup that was only a half-mile from their own home gym.

The first set was a display in what the whole game would be, with both teams trading blows until the Warriors finally got the edge to take the win 25-22. Set two was another close one, but ultimately the Warriors were again able to take a slight advantage, winning 25-23.

The 2-0 loss was far from indicative of how the Dragons played Monday night, with many players having excellent games. One of those players was sophomore Alli Byington. Byington led the Dragons in both assists and digs with 10 each, while also providing two kills, one ace and one block.

Hope Schmelzle was another Dragon who played a solid game Monday night. Schmelzle contributed four kills and six digs to go along with the high energy level she brought to the court.

Sophomores Lexy Parmer and Devyn Basler also brought their best against the Warriors. Parmer had nine digs, just one behind the team-high, and Basler had seven assists, four digs and a kill.

While the loss was disappointing, JV coach Tyson Roth still had some positive takeaways.

“Losing to the cross-town rival is never a great night,” Roth said. “However, we as a JV team did have fun during that game and one of my goals for JV volleyball is that the girls never lose their love for the game.”