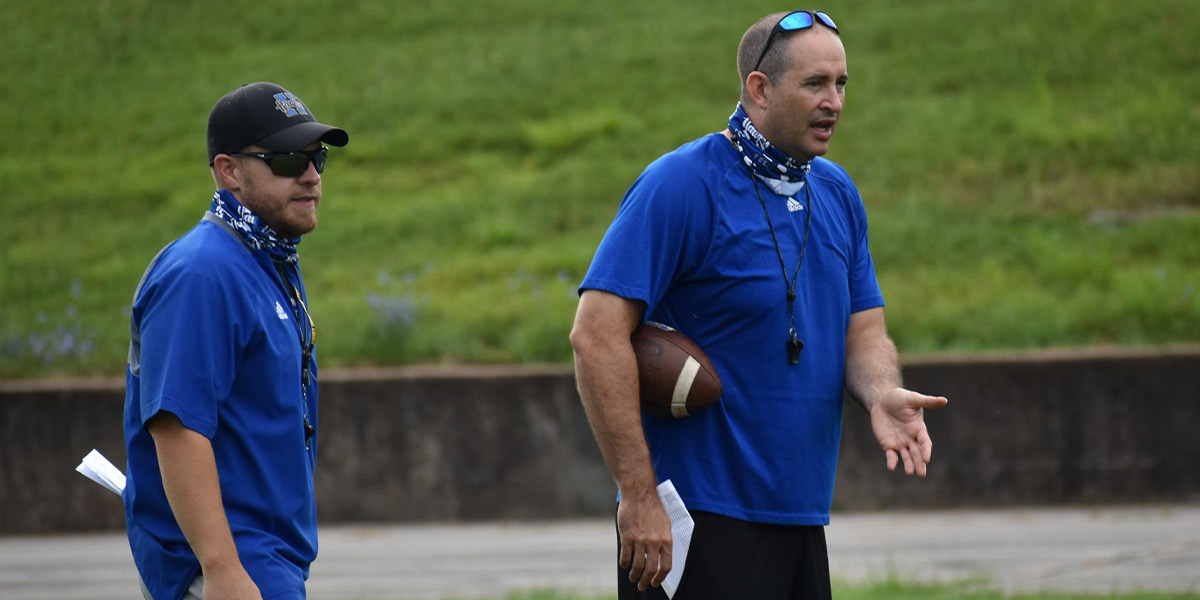 Dream Job Surfaces for Sucharski; Hillsboro Alum Will Lead Hawks on the Gridiron

Bill Sucharski always had this in the back of his mind.  From the first day he strapped on the Hillsboro Hawks helmet, donned the uniform, and left his blood, sweat, and tears on the field, he wanted this.

Bill Sucharski always had this in the back of his mind.  From the first day he strapped on the Hillsboro Hawks helmet, donned the uniform, and left his blood, sweat, and tears on the field, he wanted this.  So when word came down after Thursday’s school board meeting that he was the new head football coach at Hillsboro High School, his dream had been realized.

“It has been a dream of mine to be the head coach at Hillsboro,” he immediately admitted.  “As a 1996 graduate of Hillsboro, and having played for some great coaches in Coach Joe, Coach Z, Coach Foreman, Coach Finch, and Coach Schmidt, I truly want our players’ experience at Hillsboro to be as good or better than the one that I had.”

The Hawks will have a mentor that has plenty of experience.  With 20 years on the sidelines at various locations, Sucharski has been touched by many brilliant football minds that certainly influence his coaching philosophy.  “My high school coaches that I mentioned really influenced me a lot,” he said.  “They were a great group of men to play for.  You could tell that they enjoyed coaching and had a lot of fun working together.  During my coaching career, I have been blessed to work for some great coaches.  At Herculaneum, I was able to work under Coach Bob Thompson and Coach Stan Helms.  I spent three years at Jefferson R-7 working with Coach Rouggly, and at Hillsboro with Coach Brian Robbins and Coach Lee Freeman.  I do need to give a lot of credit to Coach Robbins.  I know if you asked Coach Rouggly and Coach Freeman, they would say the same thing.  Coach Robbins really brought the best out of his staff.  He taught me a lot about the importance of not just knowing the position that you coached, but to learn what every player did on both offense and defense.  We had many long meetings with Coach Robbins talking Xs and Os, but looking back, those meetings really helped prepare someone for being a head coach.”

But Sucharski knows where he’s been influenced the most.  “I would say my biggest influence on my career is most definitely my parents.  Both my mom and dad spent more than 30 years in education, with my father serving as an administrator for the majority of his 30 plus year career.  They were always at every school event I was ever involved in, and that meant a lot to me.  My dad loved being part of the Hillsboro school community, and watched a lot of football games.  So being provided this opportunity is definitely a dream come true.”

And he’s taking the reins at a most critical time.  With the uncertainty surrounding the 2020 season, not to mention the many

questions about the 2020-21 school year, Sucharski is going to try to create as much normalcy as possible.  “With the social situation, it really is a day by day approach,” he explained.  “We will start back up in the weightroom on July 6th to get going again.  This upcoming week was originally a dead week, so some players and coaches I know have some vacations planned.  We have had meetings on Zoom throughout this quarantine, so the players and coaches are on the same page.  The obvious thing is making sure we get in football shape, but we must also be smart about it because of the time off.”

Even “meeting” with his players Friday was unconventional.  “I was able to contact our players through Hudl and Google Classroom to let them know that I was provided this great opportunity, and I feel the feedback has been positive,” he noted.  “Having served as an assistant, I feel I already have a very good relationship with these guys, and I look forward to helping grow our program with the players and coaches.”

So what kind of team will Hawks fans see when HHS takes the field on August 28 at Northwest?  Coach Sucharski said there will be some familiar themes with some twists.  “We have always been known as a strong running team, and we will continue to try and run the football effectively, giving our kids the best chance they have to succeed.  However, I have always approached each season trying to do the things our players do best.  We will look to throw the ball more effectively, and always strive playing great defense.  We try to be multiple up front defensively to give other teams different looks.  In the end, whether we win or lose, I want teams to know that they played a physical football team.”

The Hawks finished the 2019 season with a 4-7 record, but did win a district playoff contest.

Dream Job Surfaces for Sucharski; Hillsboro Alum Will Lead Hawks on the Gridiron