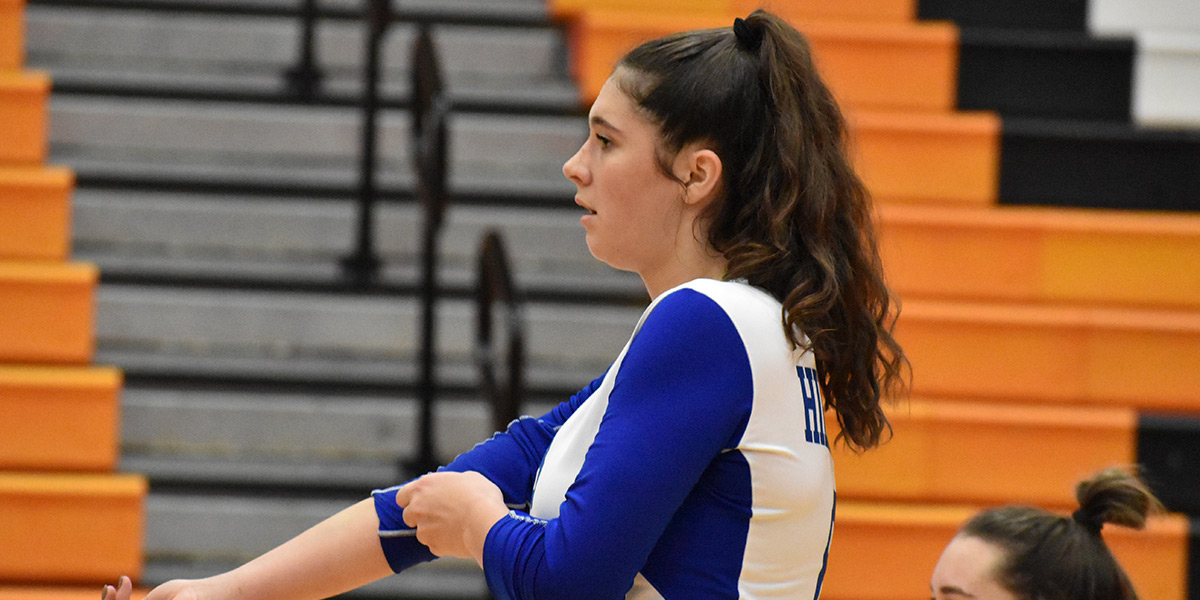 Hillsboro Erases Farmington in Straight Sets to Jump to 10-5

The Hillsboro Hawks picked up their tenth win of the season in straight sets against Farmington on Tuesday.

The Hillsboro Hawks picked up their tenth win of the season at home Tuesday against Farmington.

The Hawks came out executing and took the first set with ease 25-9. The second set was closer, but Hillsboro still came out on top 25-17. They finished Farmington off in the third 25-13 to sweep the match in straight sets.

“We all came out and put our hearts on the floor,” Mackenzie Baker said. “We need to keep this momentum from here and carry it through the rest of the season. If we do that, we will see a lot of success!”

Baker contributed in a big way throughout the three sets. She led the team in kills with 12, had two assisted blocks and was 14 out of 14 for digs on the night. She also lit up the second set with six aces… all in the same service rotation.

Evie Rolland had a pair of aces and led the team in assists with 18. Bella Lewis was second with 11. Sophia Marchetti was 11/11 receiving serves on the night and had 23 digs. Bella Uzzle was 12/15 on serves received and had 26 digs.

The win brought the Hawks record to 10-5.

Hillsboro Erases Farmington in Straight Sets to Jump to 10-5