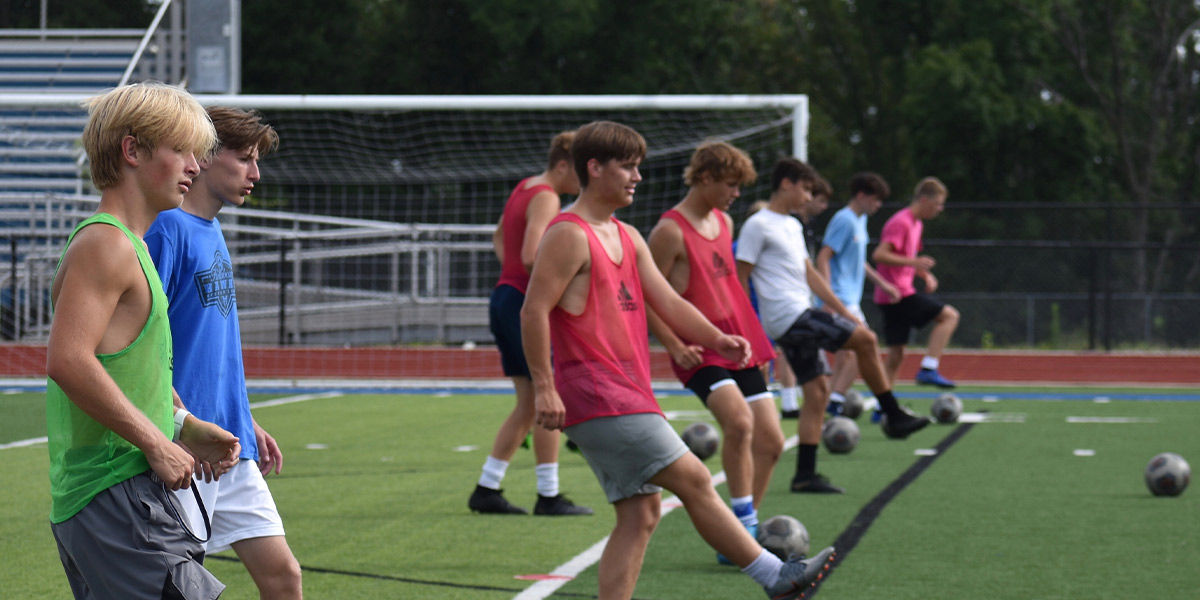 Although Hillsboro has had very high hopes for their soccer season this year, they’ve found themselves starting the season defeated in back to back games

Although Hillsboro has had very high hopes for their soccer season this year, they’ve found themselves starting the season defeated in back to back games with a 6-2 loss to Northwest Cedar Hill in the season opener and a heart breaking 3-2 loss in penalty kicks to St. Pius X just two days later.

The bright side? Where to begin? Not only were their first two games matched up against some very talented rosters, but they know what it takes to compete against them. “As a first game, I think we played well considering we’ve never played 80 minutes together apart from scrimmages”, said Bogowith after the season opener, “as for the first time goes, I’d say we played well together considering the circumstances.

“We have all become very good friends since July 1st, so I feel like we played pretty well overall. There are a few things we need to work on, but we will all get together and get to where we want to be.”

The Hawks seemed to right a lot of their wrongs when they went to Pius as Puhse finished a free kick from Bogowith for the first goal of the game and provided multiple scoring chances from the wing. Colton Leonard had a great game up top and netted a goal of his own to make it 2-1 until St. Pius X scored with a minute left in regulation. The game went scoreless after double overtime, so it went to PK’s where both teams went 4/5 forcing a sudden death where Pius ultimately buried the dagger.

“First off, it was a great battle from both teams,” said freshman Nick Marchetti, “Some takeaways I got from the game were that towards the second half, our passing, communication, and overall attitude toward the game greatly improved. When it got to the first and second overtime, we still went in with the same mentality that we were going to win. It was unfortunate that Pius managed to win in the penalty kicks but overall the team had a great attitude throughout the game and showed that, even though we still have some learning to do, we are a very skilled team.”

My thoughts exactly, Nick. Chemistry in soccer is everything and, as this team experiences games like the one against Pius, they will grow closer, communicate more effectively, and play a quicker, fast paced game.

Look for even more improvement from these talented young men next game when they play at Timberland on Wednesday at 6:00 pm and, don’t let the record dissuade you. These Hawks’ feathers are rustled and they’re ready to take flight.