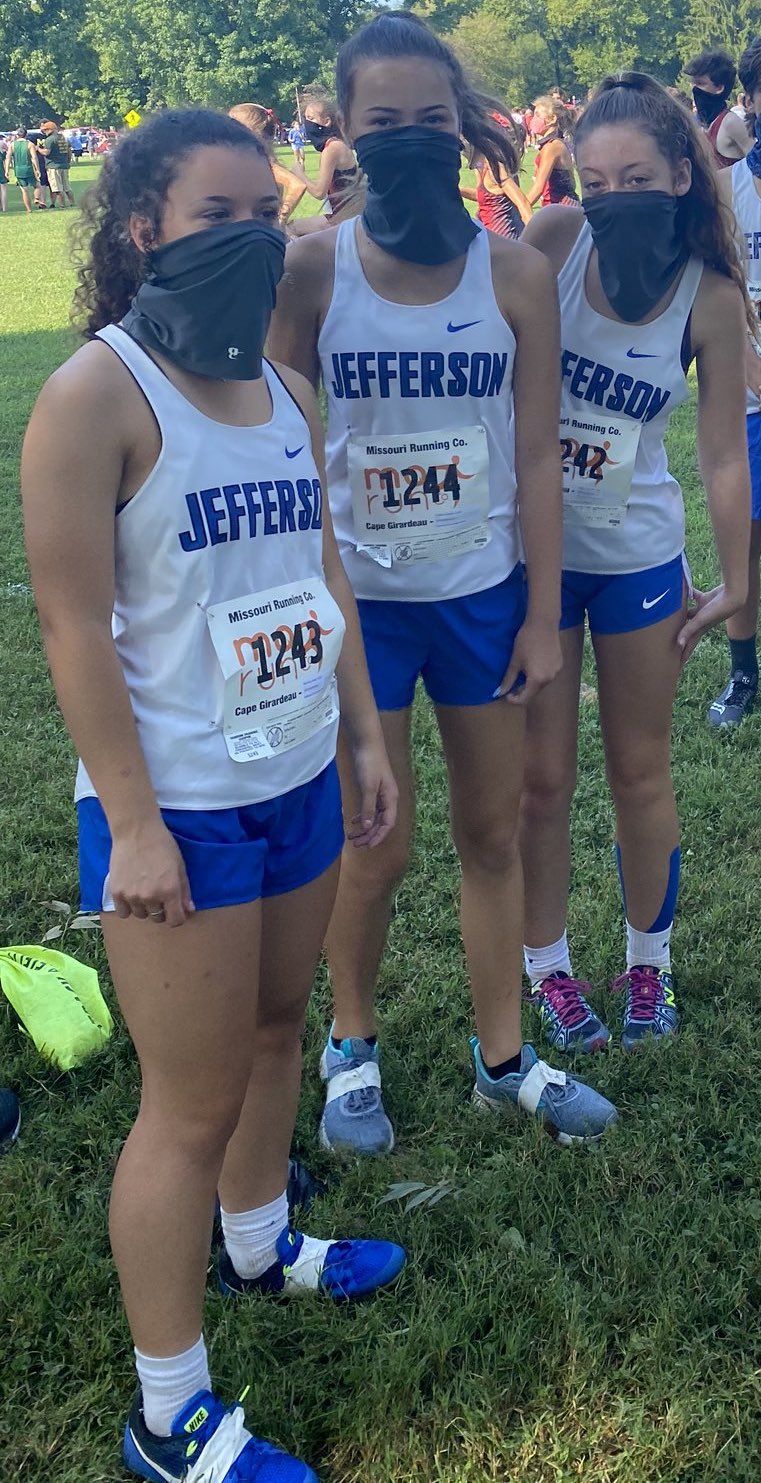 There’s a cliche’ that states there is strength in numbers. This year’s Jefferson girls cross country team might toss that saying aside. Despite a small squad, the Blue Jays are still expected to raise some eyebrows this fall.

In recent years, the Jefferson girls cross country squad had talent and numbers to make a big dent at the state meet.  Last year, the Blue Jays placed eighth in Columbia, which culminated a season that saw the team repeat as district champs and earn three individual district medals.  It’s going to be a different story this season, but that doesn’t discourage head coach Mollie Rhodes in any way. 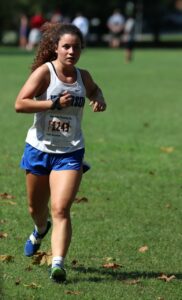 “It looks like we will not be running a full girls team this season unless we have some latecomers show up when practice starts,” Rhodes pointed out earlier.  “However, this is still a very talented group of girls who have all raced for many years now.  I fully expect to see the majority of the four returning girls make a strong bid to go to the state meet this year.”

The Blue Jays lost two seniors to graduation in Cheney Ervin and Josephine Mijarez.  Ervin was fifth at district and 34th at the state meet, running a personal best time of 20:48.  Those two girls will be missed, as will several runners from last year who decided not to return.

But Chelsea Badger is back.  The junior finished in ninth place at districts last season.  And Kaelyn Nilson also returns after a strong freshman season in 2019.  “The top 15 girls who medal at the district meet continue on to state,” Coach Rhodes explained.  “Chelsea and Kaelyn both met that mark last year, and Katie Deevers was just shy of that in 17th place.  While this may be a small team, I know how well these girls get along, and how much they push each other to do their best.  I fully expect to see this on display again this season, despite the fact that they will be running as individuals and not as a full team.”

Deevers is a junior, as is Hannah Wigger.  Wigger, with another year of experience under her belt, should really come into her own this season.  So while the Blue Jays may not be a team that finds itself in the state team title conversation, they will be heard from as individuals.  “While this is a bit of a rebuilding year for our girls team, the future is very bright considering the talent that we have at the middle school level,” Rhodes commented.  “I hope my returning girls use this season as a chance to build on their leadership skills, and their running talent, so that when we have a full team again, they will be ready to continue the tradition of a strong girls cross country team that we have built.  I am looking forward to seeing these girls run this season.  I know 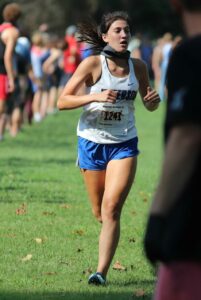 that they will be competitive and are hungry to do even better than they did last season.”

The girls began the season on Saturday at the Jackson Invitational.  “We were so excited to be able to finally compete again today, and we were quite impressed with our athletes,” Coach Rhodes said after the meet.  “Since their track season was cancelled, they haven’t run in a race since last cross country season.”

The meet was run by grade levels.  The top time came from Badger who took 17th place in the junior race, crossing the finish line in 19:49.31.  “It feels good to get back into things,” Badger noted.  “It’s a little different from last year, of course.  But I’m very proud of all my girls.”

Sophomore Nilson turned in a time of 19:54.73, good for 18th in the tenth grade competition.  She, too, said it was all about competing again.  “With track season getting canceled, it felt good to get back in running meets again, for sure,” she said.  “I know I need to keep working, because there is a lot of room for improvement.  I’m glad I medaled, but I’m not super impressed with my time.  I’m happy for my teammates as we all did fairly well.  I am looking forward to running with them in the next meet.”

This race was a little shorter than a normal cross country 5K.  The runners raced 2.35 miles instead.  So, according to Coach Rhodes, it was a great way for them to ease into the season. 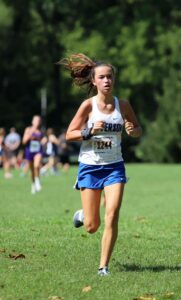 Wigger and Deevers were right behind Badger in the junior race.  Wigger was 18th with a time of 20:39.00, and Deevers placed 21st with a time of 20:51.91.  Both girls were happy to be wearing the blue and white again.  “It was great to be able to run with my team again,” Wigger commented.  “The race really reminded me of why I love this sport.  All of us did amazing, and we can only hope that we do just as good at the races to come.”  Deevers agreed.  “It was great course, and I enjoyed being back and competing again.  I’m glad to see my teammates push themselves and accomplish their goals.  I can’t wait to see what this season has to hold for us.”

All four girls medaled in the competition.  “It was great seeing the girls out competing again, and we can’t wait to see what else they are able to accomplish this season,” Rhodes commented.

The girls will be back in action next Saturday, September 12 at the Forest Park Invitational.  This is always one of the largest and most competitive meets of the season.  For meet details, which have changed a bit this year, go to the event website at https://fpxc.com/.