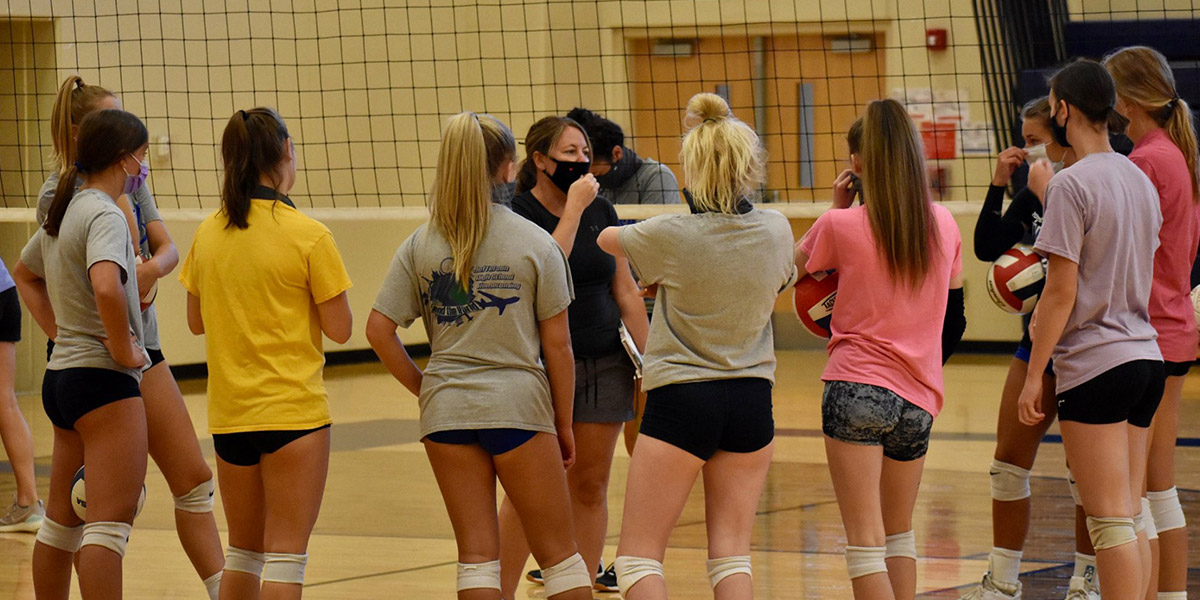 Jefferson Varsity Volleyball Comes Out of Quarantine With Renewed Energy

After another outstanding season in 2019, the Jefferson varsity volleyball team’s pre-season preparation was halted by Covid-19 obstacles. But the Jays worked their way through the pandemic and seemed poised to do big things in 2020.

After losing a boatload of talent to graduation from the 2018 team, it seemed the Jefferson volleyball team may be in for some tough times in 2019.  However, new talent and new faces proved beneficial as Jefferson recorded a 24-10 mark last season.  Now, in 2020, those new faces have experience and look to make a deeper trip into the post-season.

Seven letter-winners return in 2020 for the Jays, and those names can certainly cause some opponents to tremble.  Seniors Laney Smith, Payton Siebert, and Mackenzie Rarick are back, along with sophomores Emma Breier, Kirstyn Loyd, Ava Roth, and Paige Siebert.  That potent mix of experience and youth are sure to be a combination Jays fans will love to see on the court.

“The expectations for this season are definitely high,” head coach Tara Fish mentioned.  “I would say it is one of the most, if not the most, talented team overall that we have seen in our program.”

There was an adjustment of attitude early on last season that helped the Blue Jays change the course of 2019.  “Last season, I really wanted the team to focus on having fun, and I want that to continue down through our entire program to include JV and Middle School,” Fish commented.  “So far, our high schoolers have really continued to embrace this idea, emphasizing this during this summer camps for all ages.  The team has been coming in making the most of every minute we have had in the weight room and in the gym, despite the limitations agreed upon within the Jefferson County Administrators and Health Department.  With everything going on with COVID, I hope their positive demeanors and work ethic continues to stay at this high level.  I have quoted Hamilton in our summer tweets about Not Throwing Away our Shot!  When we get our SHOT at playing this fall, this team is going to make the most of it.”

And the Jays certainly have the weapons to do so.  “Honestly, every one of my returners is going to be key and major playmakers,” Fish admitted.  “They have worked hard in the off season, at home in quarantine, getting stronger.  They came back into the gym the first day of Skills and blew us out of the water with not only their strength, but also their enthusiasm and positive attitudes.  From the first minute, they started bonding as a new team.” 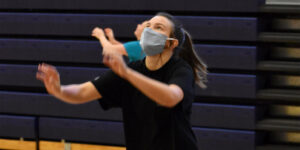 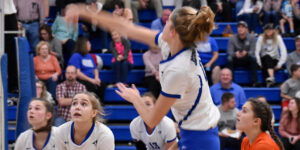 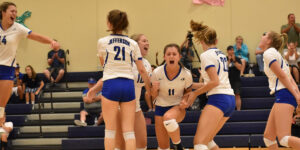 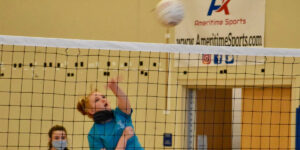 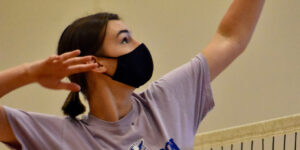 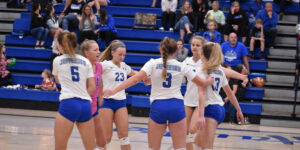 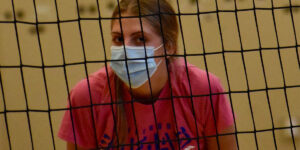 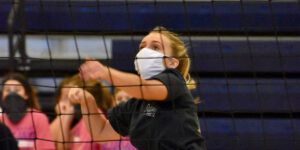 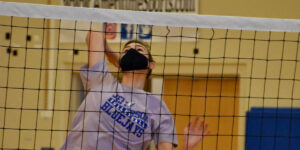 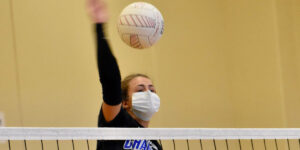 Much of that can be attributed to the seniors.  Coach Fish remarked about the seniors who will be playing their final season for Jefferson.  “Mackenzie has been so great at making the adjustments needed to help her to flourish in her hitting and, wow, she is going to do a great job hitting right side for us, not only offensively but also defensively getting a hand on many blocks.  She also brings high energy getting the team pumped up and ready to go.  Payton moved around on the front line for us last season, making some key plays just when we needed them.  She comes in this summer hitting harder and more precise than ever before.  She will be a force to be reckoned with.  She is also excellent at tracking blocks and talking to her teammates about what she sees across the net.  And Laney is such a great athlete.  She still jumps out of the gym on her blocking and is learning some offensive specials to broaden her game, giving us even more flexibility on what we can run as a team.  She is also a great defender with high speed and agility, and she will be utilized all-around as she was last season.  Laney was one of our top hitters and defenders last season.  This will be her third year at the varsity level.  All three of these seniors have come in with an awesome positive energy, bringing our team even closer together.  Their input has been essential this summer and will continue to be throughout the season.”

That alone seems intimidating enough, but Fish has a lot more to throw at opponents throughout the fall.  Juniors Maddie Edmond, Gracey Moon, Lydia Strohmeier, and Macie Waddell move up to varsity as major role players.  “They played key roles with JV and continued to grow,” Fish remarked.  “They have all been working hard at weights, camp, and skills, really focusing on what they can do to help us to be the best team we can be.  I am looking forward to seeing what they are going to bring to our team defensively.  Macie also dressed during postseason with us last year.”

The sophomore class is one that just about any coach would long to have.  And these young ladies are a guarantee that the Jays will be tough to handle for several more years.  “Emma played front row for us last season in several different positions,” Coach Fish noted.  “She continued to grow throughout the season, worked hard in the off season, and came back into the gym like a bolt of lightning!  She is such a diverse hitter, even from the back row, that she will be utilized tremendously.  She also led our team last season in total blocks.  Kirstyn played middle hitter, as well as learning the setting position last season, and just thrived.  She led our team in aces, serving points, solo blocks, and kills.  She is constantly acknowledging her teammates’ accomplishments, aiding in our overall team confidence.  This kid will do whatever you ask her to do to make our team the best it can be.  Ava played outside hitter, all-around, and then moved to libero for us at the end of the season, while we worked through some injuries.  She works hard, jumps out of the gym, surprising everyone with her power.  Her defensive skills are top-notch.  She led our team in digs as well as service receptions last season.  She gives more than 100% in everything she does, which, in turn, pushes her teammates to do the same.  Paige got pulled up to varsity after the first couple of games last season, and she continues to grow as a setter.  She led our team in assists last season.  She has great hands and is connecting with our hitters, making it so exciting.  She has a wicked serve as well, scoring many points for us during last season.” 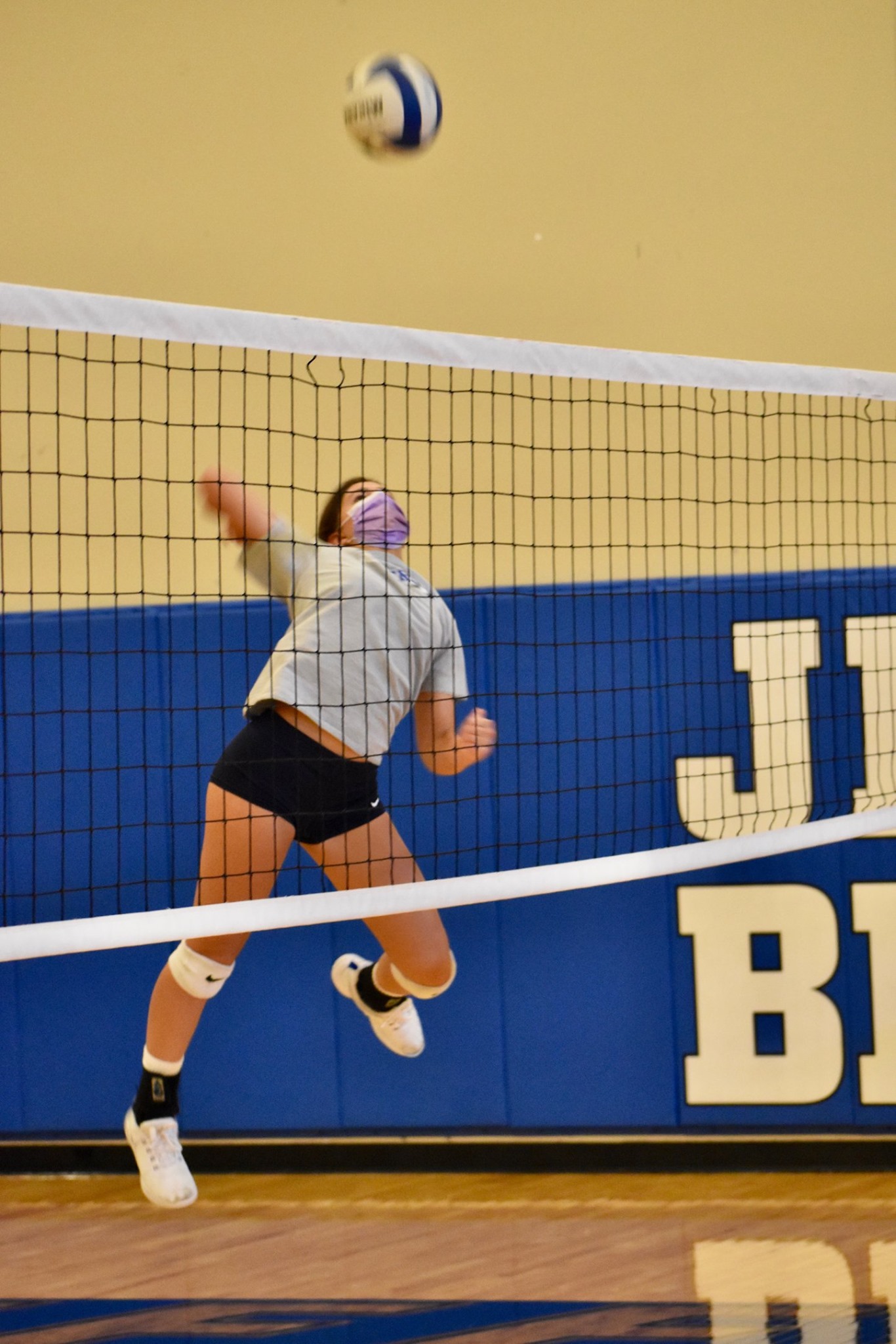 Honestly, it’s tough for Fish to contain her excitement and enthusiasm for the entire program.  She noted that besides the current 11 varsity athletes mentioned, there are also several other underclassmen that came to camp, skills, and weights, that they are excited about, and see a ton of potential in as well.  “We cannot wait to see them stand out, or even dominate in JV games, which could possibly earn them a place on varsity by the end of the season,” Fish said.

The girls get things underway on Tuesday, September 1 at home against Seckman.  For the complete, revised schedule, click here:  2020 Jefferson Volleyball Schedule

Jefferson Varsity Volleyball Comes Out of Quarantine With Renewed Energy