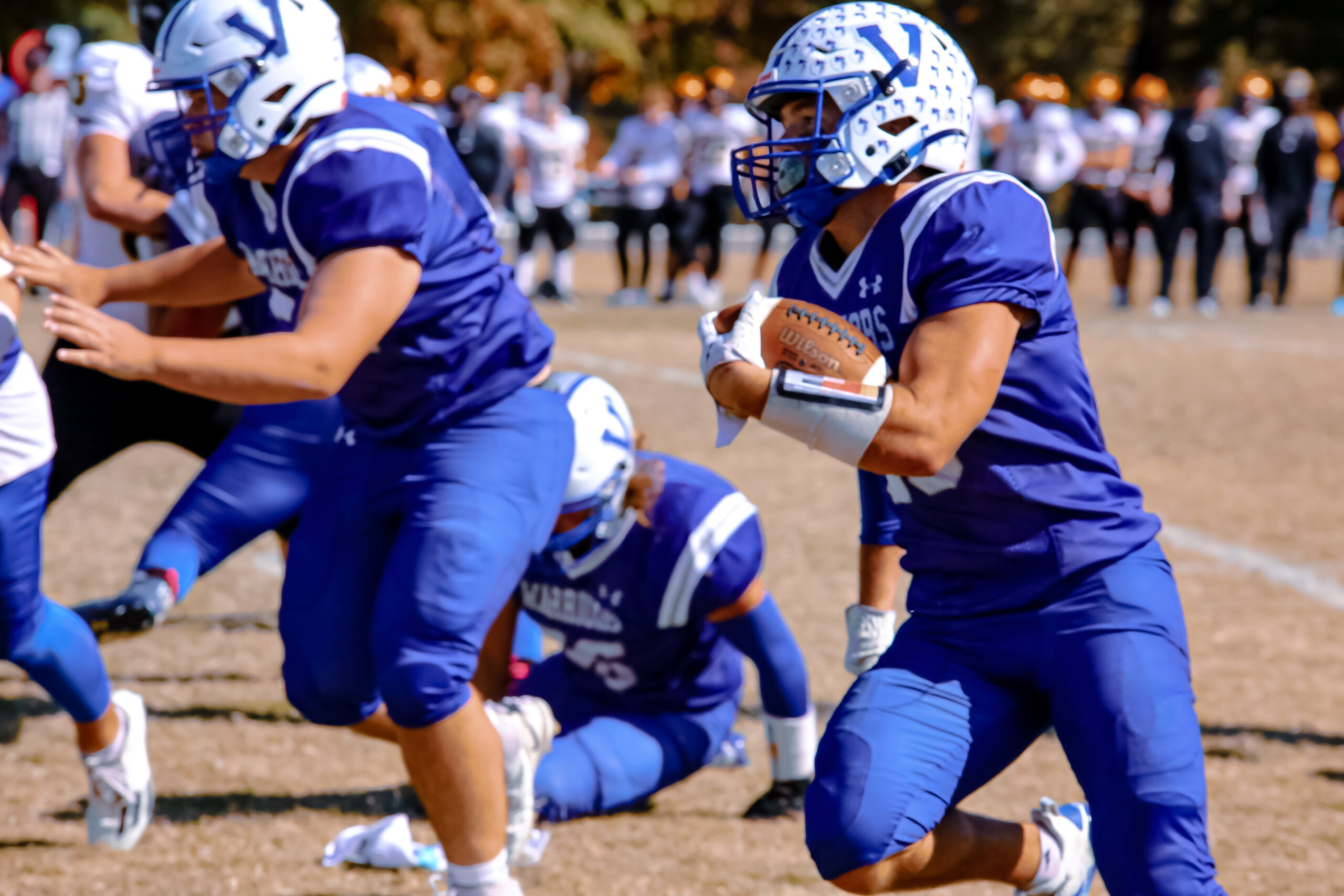 Valle Catholic begins its pursuit of a Class 3 District Title against Kennett, who it blew out to end the regular season.

Forgive the Valle Catholic football team if it is feeling a sense of déjà vu, as the top-seeded Warriors prepare for a Class 3, District 1 Semifinal round match-up this Friday night against number-four seed Kennett.

When the Warriors last took the field in the regular season finale, they rolled over Kennett 46-16. Now, they will face the Indians again this week with a spot in the District Championship game on the line. Kennett earned its second shot at the undefeated Warriors with a 26-19 win last week over Potosi.

If you are Kennett, is it a glass half-full or glass half-empty situation?

In the first meeting on October 21st, Valle won the game by 30 points, despite playing without superb running back Bryce Giesler and some other players battling sickness.

On the other hand, the Indians are still playing in the postseason and get a chance to pull off a huge upset against one of the top Class 3 teams in the state. As competitors, Kennett must look at this game as a great opportunity, but in addition to being a huge underdog, the Indians are battling the injury bug that forced starting quarterback Tanner Pierce out of last week’s game.

The Warriors have so many weapons it almost seems unfair. Without Giesler in the first match-up, who has already racked up over 1,000 yards on the ground, quarterback Chase Fallert tossed four touchdown passes to Sam Drury, and Alex Viox filled in admirably for Giesler with a pair of touchdown runs.

When you play Valle Catholic, you must be ready for a first-half onslaught that usually has the game out of reach by halftime. The Warriors average a whopping 40.7 ppg in the first two quarters. True to form, Valle put 39 on the board in the first half at Kennett.

The Indians have shown the ability to light up the scoreboard themselves this season. They average 36.5 ppg and have scored 42 or more points in a game five times.

But as you would expect from an outstanding team, Valle has playmakers on defense, which has so far this season made it impossible for a team to outscore the Warriors. Tim Okenfuss has 11.5 sacks and the team averages over 15 tackles behind the line of scrimmage.

On top of all the talent possessed by the 15-time State Champs, Valle is motivated to prove it can compete at a high postseason level after failing to capture District Championships in its first two seasons in Class 3, losing both years to a powerful St. Mary’s squad that has been bumped up to Class 4 this season.

The other Class 3, District 1 Semifinal Friday night will be at Park Hills, as number-two seed Central hosts third-seeded Ste. Genevieve. The Rebels won the regular season meeting 45-3 back on September 23.