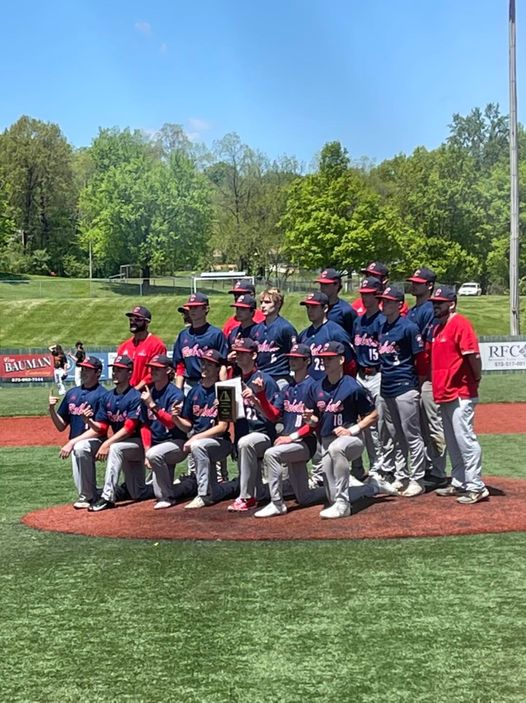 The Central Rebels top the Valle Catholic Warriors 5-3 in the Championship game of the MAAA Tournament.

In a highly anticipated championship matchup on Saturday, the Central Rebels got the best of the Valle Catholic Warriors to claim the MAAA Title in a truly tight affair. The Rebels came out swinging and jumped out to an early lead, but Valle came storming back late. The Warriors fell short in the end though as Central slammed the door to take home the trophy.

The game started out on a sloppy note as the first two hitters for the Rebels reached via error, but Casen Murphy made the Warriors pay with a sacrifice fly to left field to give Central an early 1-0. That was just the beginning of the scoring for the Rebels though.

After a scoreless frame from Valle, Central used patience at the plate to strike again in the second inning. Three walks loaded the bases to set the stage for Ty Schweiss to add on to the lead. He came though with a lined singe to left that scored the runners from second and third and put a crooked number on the scoreboard. Another walk immediately followed and Murphy had a chance to drive in his second run in two innings. He did just that with a single smoked to right that brought in the third run of the inning and gave the Rebs a 4-0 lead.

Then both teams went cold after that, as the arms took over, and there wouldn’t be another runner for either team to cross the plate through six. Central then tacked on an insurance run in the final frame where Slade Schweiss helped manufacture a tally with a single and a stolen base before Jaxon Jones drove him in with a whistling liner to left. The Rebels found themselves with a 5-0 lead and just three outs to go.

The game wasn’t over yet though, as the Warriors of Valle Catholic don’t just roll over and die. Jackson Fowler started off the inning with a walk to get the rally started before Isaac Roth reached on an error to put two runners on with only one out. Then Chase Fallert followed up with a sharp single to center to load the bases and the comeback was in full swing.

An RBI groundout by Josh Bieser got Valle on the board, and then Aiden Heberlie came through with a frozen rope to center to score two more, and the Warriors had trimmed the lead to two. But with only one out remaining, a popup ended the rally and ultimately the game, as the Rebels triumphed 5-3 and swarmed the field.

For the Warriors, Heberlie and C. Fallert had two hits apiece, with the former driving in a pair. On the mound, Grant Fallert got the start but lasted just two innings, allowing four runs on a hit and four free passes. His defense didn’t do him any favors though, as three errors caused all of those runs to be unearned. Roth shined in relief, allowing just one run on five hits and a walk over five innings while fanning five.

The offensive heroes for the Rebels were Murphy, who had three RBI, T. Schweiss and Jones who each had two hits and an RBI. Nate Hamski got the start in this one and sizzled with six shutout innings. He struck out one, but scattered four hits and two walks for his clean sheet victory. Brendon Jenkins came on in relief and scuffled a bit with three runs allowed in his lone inning, but he held on to get the save.

The win was huge for the Rebels (their 14th in a row) and disheartening for the Warriors, but we haven’t heard the last of either of these teams. Both will surely be primed for deep runs in the upcoming District Tournament and beyond into State territory. They could very well match up again.