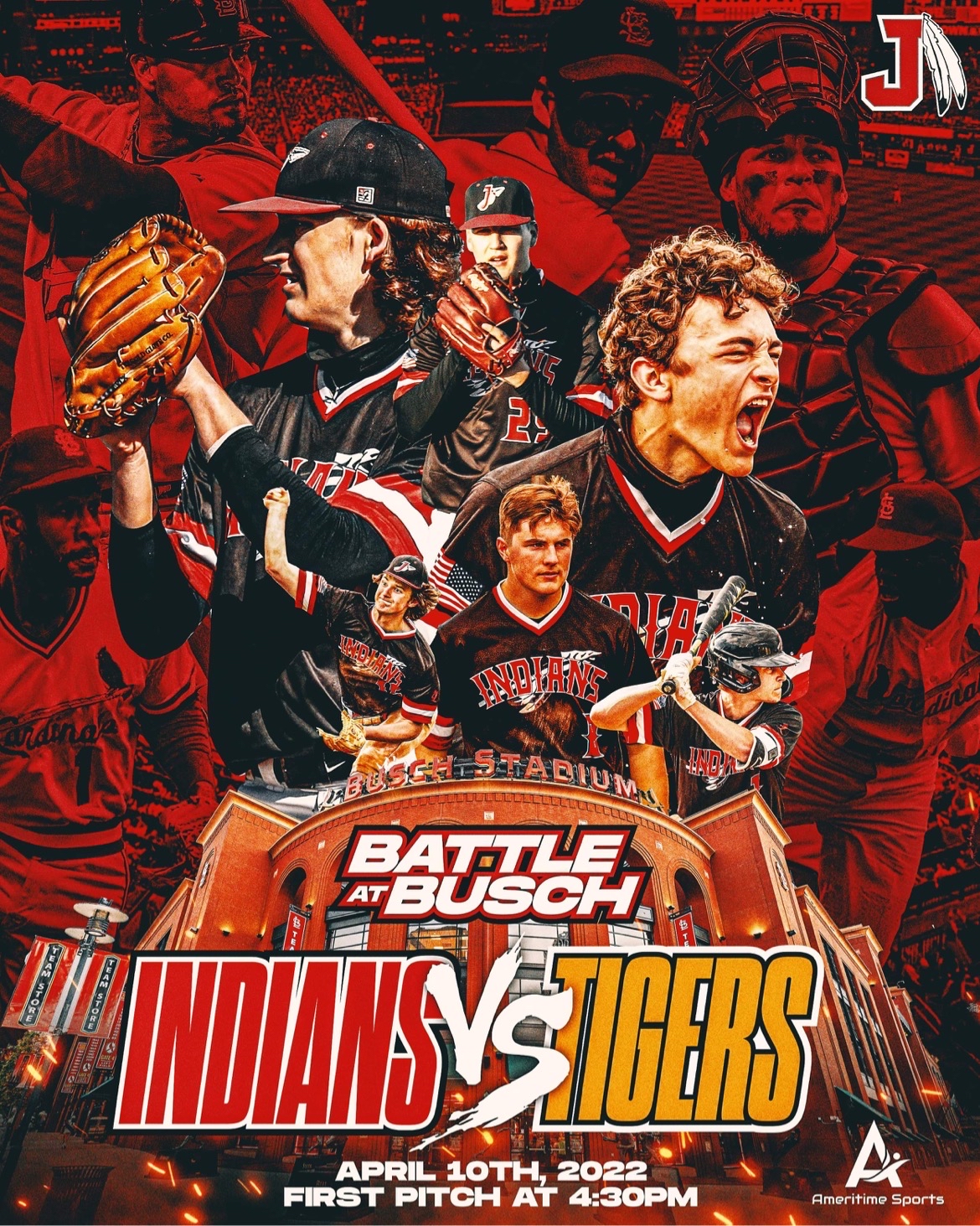 The Jackson Indians will take on the Edwardsville Tigers on Sunday, April 10th at Busch Stadium following the Cardinals game.

It’s not every day that an opportunity like this comes around for a high school baseball team, but life seems to be full of deserving surprises. On Sunday, April 10th the Jackson Indians and the Edwardsville Tigers will square off in the house of the 11-time World Champion St. Louis Cardinals for ultimate bragging rights in Baseball Heaven.

The Indians are cruising along this season with a dominant 7-1 record and have deservedly lofty expectations of a State Title. They recently ended the country’s 21st ranked team’s perfect season when they defeated the CBC Cadets and have breezed through the rest of their schedule thus far. In short, they have certainly earned this amazing opportunity.

Don’t expect this to be a walk in the park though, as the Indians will have to take on the 2019 Illinois State Champions. The Edwardsville Tigers are a program that brings it every year and it’s no surprise that they were selected to participate in this game. Jackson will have to be on their game in every facet if they’re going to come out on top on the biggest stage of them all.

The Indians will have a tuneup double-header on Saturday against Ladue Horton Watkins and Rockwood Summit, which will hopefully keep them sharp as opposed to wearing them out before the big game. In any regard, Sunday’s tilt will certainly be one for the history books. Here’s hoping Jackson lays it all out and gets to celebrate on the diamond that has brought so much joy to Cardinal fans everywhere for so many years.

Don’t miss a swing, pick or pitch and catch all of the action on the Ameritime Sports livestream page for this game and all the others. First pitch will commence after the conclusion of the Cardinals game vs the Pirates.