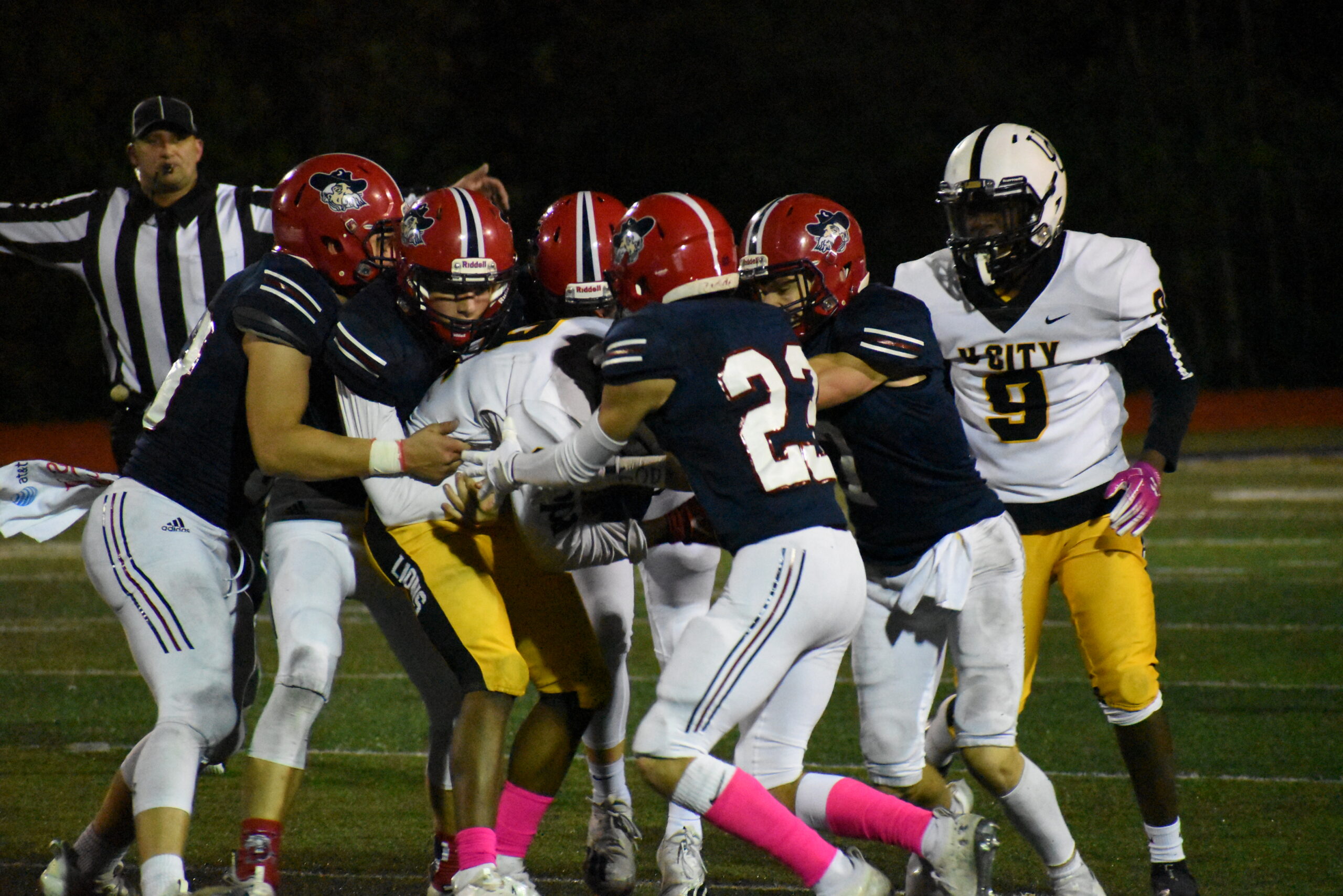 The Park Hills Central Rebels Varsity Football team steamrolls the University City Lions 69-26 to improve to 7-1 on the season.

It’s Halloween season and the Park Hills Central Varsity Football team continues to frighten opposing defenses with their scary good offense. The Central Rebels massacred another school last Friday night. This time the victim was the University City Lions, in a 69-26 bloodbath that pushed the Rebels record to 7-1.

It was another fast-paced scoring frenzy as Central got on the board first. Quarterback Jett Bridges completed a 21-yard pass to Jobe Bryant in the end zone to take a 7-0 lead. Bryant then scored again merely 26 seconds later when he stripped a receiver, recovered the fumble, and took it 31 yards to the house, putting Central up 14-0. 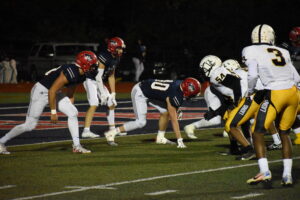 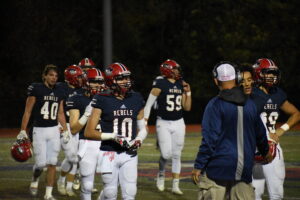 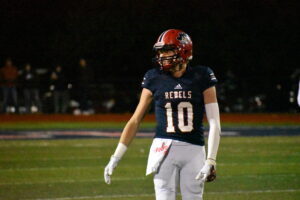 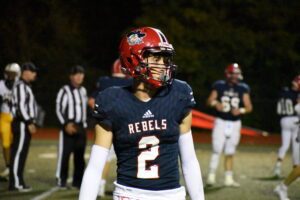 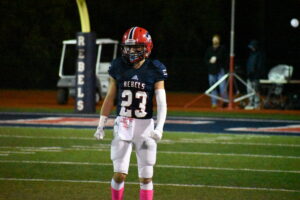 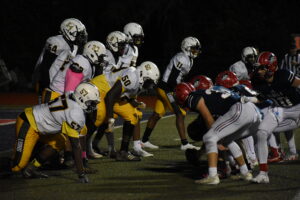 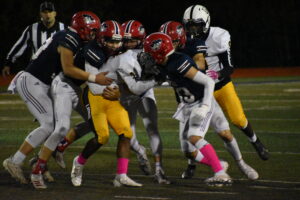 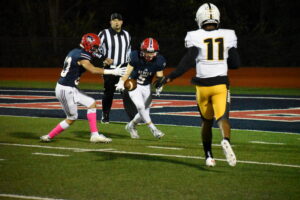 On the next Central possession, explosive running back Dayshawn Welch, who had just returned from injury, took a handoff 63 yards for a touchdown to give the Rebels a 21-0 lead. The coaching staff opted to remove Welch for the remainder of the game as a safety measure. And possibly as a mercy-related courtesy to the Lions.

University City finally got their offense going at the end of the opening quarter with a 27-yard touchdown pass that was aided by some costly penalties against the Rebels. The Lions were successful going for the two-point conversion, making the score 21-8.

The Rebels got the ball back, but Bridges threw an uncharacteristic interception, his first since week two. This allowed the Lions to quickly score a touchdown on a 38-yard pass as time expired in the first quarter. The two-point conversion failed, so after one quarter the score was 21-14.

Bridges would redeem himself in the second quarter, as again he connected with Bryant for a touchdown. The Rebels were successful going for two, giving them a 29-14 lead with 8:21 on the clock.

Ruger Sutton finally got in on the action. On the next Rebel possession, he scored on a nine-yard run with 51 seconds remaining. That would end the first half frenzy with the Rebels leading the the Lions 42-20.

The Lions got the ball first in the second half and after a long possession, eventually scored a touchdown with 6:35 left in quarter three, making it 42-26. The Rebels would score on the next two possessions though, giving the ball both times to Sutton in short yardage situations. He punched it in from both one and three yards respectively, giving Central a 30-point lead and bumping the score to 56-26.

Casen Murphy then tried his hand at quarterback and found Bryant, who scored his fourth touchdown of the game. The extra point missed, but the score was now 62-26 with 1:10 left in the third quarter.

With a running clock in place for the remainder of the game, Freshman running back Jaxon Jones had five carries for 86 yards and a touchdown to finish the scoring, giving the Rebels the win, 69-26.

Central was unstoppable on the ground, rushing for over 300 yards. Sutton had 12 carries for 127 yards and three touchdowns. Welch had four runs for 82 yards and one touchdown.

Through the air, Bridges tossed for over 100 yds with two touchdowns, while Murphy completed his only two passes of the night and had a touchdown as well.

Defensively, Ty Schweiss led the team in tackles with 11 and Dylan Holifield finished with nine. The Rebel defense as a whole forced four turnovers, and once again won the crucial plus/minus battle. Freshman Aiden Govro and Bryant each scooped up a fumble, while Richardson had two interceptions.

Head Coach Kory Schweiss commented on the defense, saying, “Winning the turnover battle is always a point of emphasis, and even though we turned it over a couple of times, we forced four in return.”

The Rebels have already clinched their division with a perfect 5-0 record in division play and will go into districts as the number one seed. The Rebels will travel to Farmington, next Friday October 22nd, for one last regular season game before beginning playoffs.