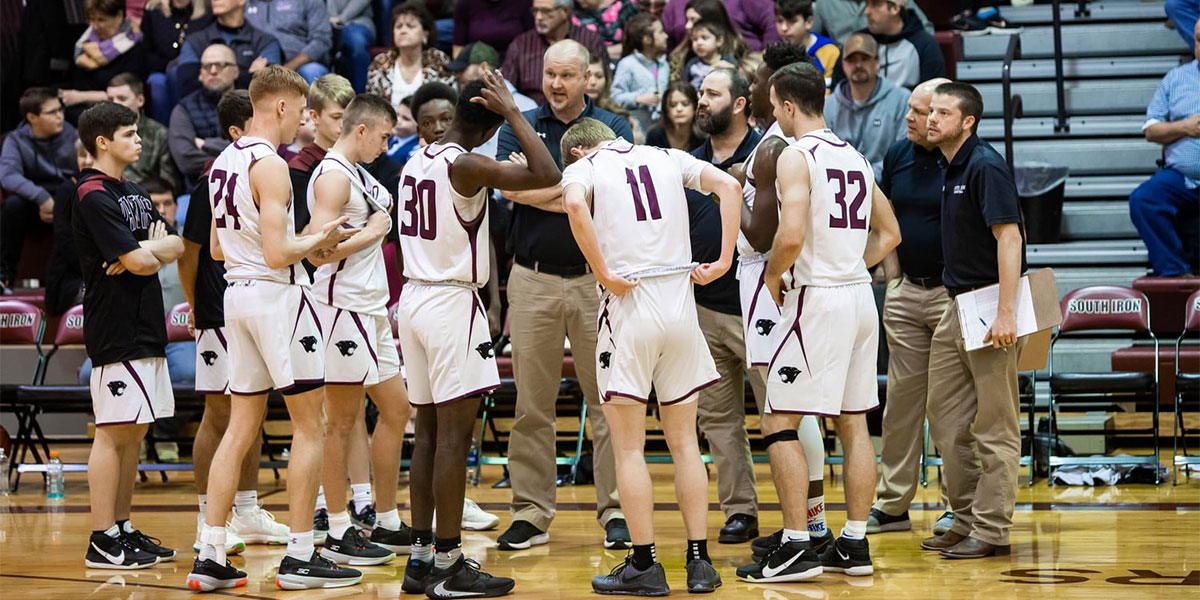 The South Iron Panthers take care of business against the Park Hills Central Rebels on Friday. This is the Panthers second win against the Rebels this season and brings their record to 18-3.

The South Iron Panthers Boys Varsity Basketball team won their ninth game in a row against the Park Hills Central Rebels 91-61 on Friday. The Panthers previously beat the Rebels in the championship game of the Park Hills Christmas tournament in December.

The Rebels are familiar with the Panthers’ plan of attack and that was evident early. South Iron is normally a team that starts fast, but this time the Rebels started faster. Park Hills scored 23 points in the first quarter and held South Iron to 19.

“Central came out firing and making shots,” Drenin Dinkins said. “We just stayed the course and battled it out.”

The Panthers started the second quarter behind, and they did everything they could to change that. They locked in defensively and ramped up their offensive attack. When South Iron gets rolling, they are hard to stop, and Park Hills felt the wrath. The Panthers scored 30 points to the Rebels 16 and South Iron led by 10 at the break.

Their offensive success flowed like a river into the second half. They continued to score the ball and did a great job of keeping Park Hills at a distance. The Panthers won the quarter 21-14 and took a 70-53 lead into the fourth.

Park Hills continued to have difficulty stopping the Panthers’ offense in the final frame, and before they knew it, the game was out of reach. South Iron extended their lead in the fourth and eventually locked up the 91-61 win. The ninth straight win for the Panthers bumped their record to 18-3. 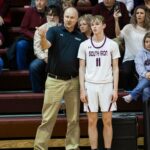 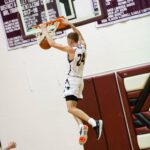 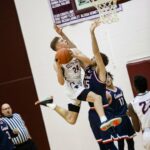 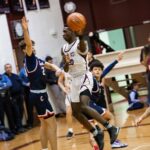 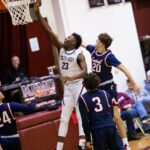 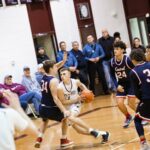 Dinkins scored 29 points and had his way with the Rebels all night. He also had ten rebounds and two steals. DJ Prater was second in scoring with 18 points and pulled down five rebounds. Brock Wakefield had 16 points and Champ McMurry helped out with 15 of his own. Wakefield also grabbed six rebounds and passed out eight assists. Jermarco Burse was the only other Panther in double figures, as he had ten points and eight rebounds.

When asked about how the team manufactured the dominant win, Prater simply said, “Just moving the ball and getting out in transition for buckets”.

South Iron continues to roll through their schedule and take out almost everyone in their path. They have three more games before they host their district tournament at the end of February. The Panthers’ next challenge is Eminence on Tuesday, Feb. 9th.