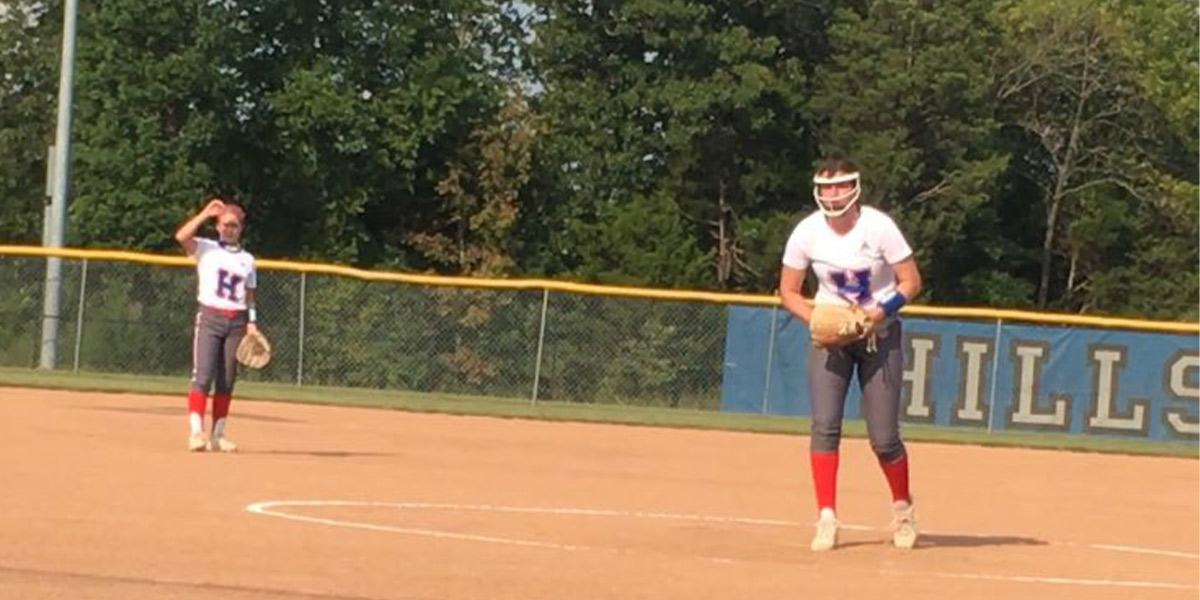 Elly Eckrich Dominates Festus Tigers with a No Hitter

The Hillsboro Hawks blew out Festus Tuesday behind a no hitter from Elly Eckrich. From the second Eckrich took the mound Tuesday night, she was Festus’ worst nightmare. She asserted her dominance early when she struck out four in the first two innings.

The Hillsboro Hawks blew out Festus Tuesday behind a no hitter from Elly Eckrich.

From the second Eckrich took the mound Tuesday night, she was Festus’ worst nightmare. She asserted her dominance early when she struck out four in the first two innings.

It did not take long for the Hawks offense to provide Eckrich support. It started with an RBI-single off the bat of Nicole Evans. Then Alanah Dunphy hit a sacrifice fly to left field to score another run. Hailey Genge ripped a two-out double to left field that scored Kora King. The Hawks weren’t done there. Abby Clay and Sara Stokes each had RBI-singles before the inning ended.

Eckrich walked into the top of the third with a 6-0 cushion. She struck out the side in the inning.

The Hawks bats decided six runs wasn’t enough protection, so they decided to add six more. King started the scoring in the bottom of the third with an RBI single. Two batters later, Genge doubled to left field to score two runs. Eckrich helped herself out with a double that scored Henge and Clay added one more double to score another run. The last run in the inning came as a result of an RBI-single by Evans. Hillsboro left the third with a 12-0 lead.

“My goal was to focus on putting the ball in play to force them to make a play and get my teammates home,” Evans said. “I think for us, when one person gets a hit, then the team follows along with a rally.”

From that point on, Eckrich took control. She struck out one in the fourth and three in the fifth to bring her total for the game to 11. She threw 74 pitches and only walked two batters.

“It was a big conference game and we needed to win it. But I stayed relaxed and confident and just threw the way I know how to,” Eckrich said. “I trust my defense and that really helps. The team did a lot better in the box… I think we were more aggressive as well.”

The no hitter was complete. The Hawks won 12-0.

“This was by far the best all around game we have played this season,” said coach Kevin Lucas. “Elly Eckrich was on top of her game in the circle and that made things a little easier on the defense… We’ve had a slow start to the year so it was good to finally see them come alive up and down the lineup.”

Ten different Hawks registered hits in the game. Evans led the way with three. Dunphy, Clay, Eckrich and Genge all had two. Genge knocked in four RBIs. Evans and Clay each hit in two.

“At the plate, I feel like everyone was just seeing the ball well and making good contact,” Genge said. “We did a very good job of getting baserunners on and executing to get them across the plate. Elly was spot on in the circle and our defense did an excellent job backing her up.”

This was the Hawks second win of the season and brought its record to 2-3.

Elly Eckrich Dominates Festus Tigers with a No Hitter